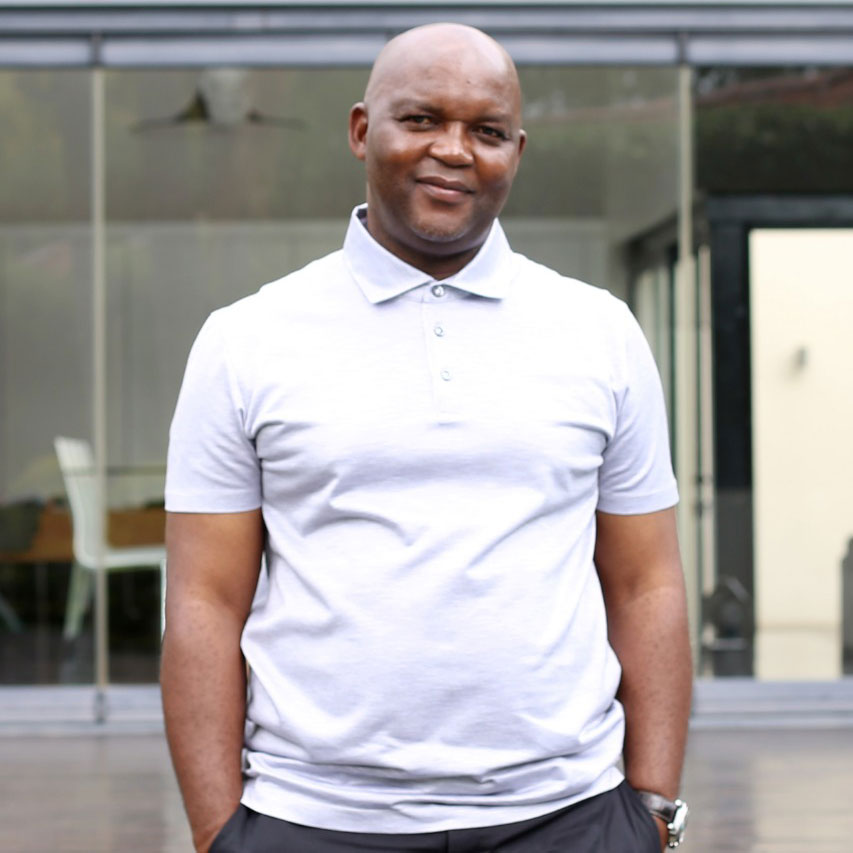 Pitso Mosimane is the Former Manager of Al Ahly SC in the Egyptian Premier League. He served the Egyptian Giants from October 2020 to June 2022 having left Mamelodi Sundowns Football Club in September 2020.

Pitso had been with the South African Club for almost eight years and led the team to 5 Premier League titles and a CAF Champions League Victory. This is amongst other applauded accolades.

By acclamation, Mosimane is considered the best coach in Africa at present given his success since returning to domestic football in 2012.

Pitso’s professional playing career lasted thirteen years from 1982 to 1995. Between 1982 and 1983, he played professional soccer for Jomo Cosmos Football Club under Jomo Sono, whom he attributes his career to. His prowess as a midfielder saw him join Mamelodi Sundowns Football Club and Orlando Pirates Football Club and later making a move abroad. He had a successful seven-year career playing in Greece, Belgium and Qatar. He received a call up to the South African National Squad (Bafana Bafana) in 1993 and made four appearances for the national side during the 1993/1994 season.

His first-ever coaching spell was in 1995 as a 31-year-old while playing for Rita Berlaar in Belgium; as an assistant for the Club’s youth team. While on his return to South Africa, he initially was on the pitch as a player for Sundowns, then coach Ted Dumitru gave him a greater challenge by asking him to coach the Sundowns youth team. Pitso was then recruited to head up SuperSport’s Football Club youth programme and later became assistant coach to Bruce Grobbelaar in the SuperSport’s Senior Team. This led to a tenure with Dutch clubs, Feyernoord and Heerenveen under the tutelage of legendary European coaches Foppe de Haan and Albert Stuivenberg. It was here that Pitso even got a chance to coach the likes of future world-class player Robin van Persie.

In December 2001 halfway in the season, Mosimane was appointed as an Interim Head Coach for the Senior Team of SuperSport United Football Club. He went on to complete six seasons as Head coach at the Club until 2007, lifting the SAA Super 8 trophy in 2004 and the ABSA Cup in 2005 and competing in 6 cup finals in a row. Ending that season, Mosimane was honoured with the PSL Coach of the Year award.

In December 2012, Pitso Mosimane took over as Head Manager of Mamelodi Sundowns Football Club. As the manager of Sundowns, he achieved groundbreaking milestones. Adding to his success stories as an accomplished manager he also ended up winning the first PSL title for Mamelodi Sundowns in eight years during the 2013/14 season.

He has won a total of 11 trophies including CAF Champions League and CAF Super Cup. He was ranked as the tenth best manager in the world by International Federation of Football History and Statistics (IFFHS) rankings. In January 2017, Mosimane was awarded manager of the year for 2016 at the Global-Confederation of African Football (CAF) award in Abuja, Nigeria.

Mosimane has collected five Premiership trophies as a manager since joining Mamelodi Sundowns in 2012. He had been the mainstay needed by the Club as it collected its 10th league trophy “La Decima” in their history.

Pitso Mosimane joined Al Ahly Football Club in October 2020 following his appointment as Head Manager. Together with his technical team, they oversaw Al Ahly to complete the Egyptian Premier League which the club won and attain a third place in the FIFA Club World Cup (2020-2021). They won the Egyptian Cup (2019-2020) and CAF Champions League (2019-2020). Mosimane went on to win the CAF Super Cup in Qatar (2020) and the CAF Champions League (2020-2021) which was quite an accomplishment following a seven-year drought that the team had experienced. Within the year that Mosimane has been with the Red Devils, he helped to ensure that they achieved their CAF Champions League ‘La Decima’ dream in 2021.